The design of the Ferrari Daytona SP3 is a beautiful combination of opposites, with sublimely expressive, sensual contours contrasting with the type of harsher lines that highlighted the rising significance of aerodynamics in races like the 330 P4, 350 Can-Am, and 512 S.

In 1967, Ferrari achieved one of the most remarkable accomplishments in racing history when it finished first, second, and third in the 24 Hours of Daytona, the inaugural round of the International World Sports Car Championship.

The three Ferraris that crossed the finish line in that iconic side-by-side finish – 330 P3/4, a 330 P4, and a 412 P – defined the zenith of development for the Ferrari 330 P3, a concept that chief engineer Mauro Forghieri had improved greatly in each of the three racing car basics: engine, chassis, and aerodynamics.

The 330 P3/4 superbly embodied the spirit of the 1960s sports prototypes, a decade generally regarded as the greatest age of closed wheel racing and a constant source of inspiration for carmakers.

The Daytona SP3 is a limited edition that joins the Icona series, which debuted in 2018 with the Ferrari Monza SP1 and SP2. It was unveiled at the Mugello Circuit at the 2021 Ferrari Finali Mondiali.

To make the Daytona SP3 the most thrilling V12 on the streets, Ferrari took the engine from the 812 Competizione and moved it to the mid-rear position to improve the intake and exhaust architecture, as well as fluid-dynamic performance.

As a consequence, the F140HC powerplant is Ferrari’s most powerful internal combustion engine ever, producing 840 hp while maintaining the exciting power and sound of a V12 from Maranello.

The engine features a 65° vee between its cylinder banks and has the same 6.5-liter displacement as its forerunner, the F140HB, which was used in the 812 Competizione. All of the changes improve the performance of a power unit that sets a new standard in its class thanks to its incredible soundtrack and the 7-speed gearbox, which is now faster and more thrilling than ever before.

Maximum revs of 9,500 rpm and a torque curve that climbs swiftly all the way up to maximum revs offer the impression of limitless power and acceleration to the passengers. The usage of titanium con rods, which are 40% lighter than steel, and new material for the pistons were given special consideration in order to reduce the engine’s weight and inertia.

The new piston pins have been treated with Diamond Like Carbon (DLC), which lowers the coefficient of friction and improves performance and fuel efficiency. The crankshaft has been rebalanced and has lost 3% of its weight.

The sculptural beauty of earlier Ferrari sports prototypes such as the 512 S, 712 Can-Am, and 312 P is echoed in the sleek double-crested front wings. The geometry of the flanks is effectively denoted by the form of the wheel arches.

The rear flank swells out from the sylph-like waist, forming a forceful rear muscle that wraps around the front of the wheels before tapering down to the tail, giving the three-quarter perspective a tremendous dynamism.

The butterfly doors, which have an airbox incorporated into them to route air to the side-mounted radiators, are another significant aspect; the sculptural shapes result in the doors having a prominent shoulder containing the air intake that is optically connected to the vertical cut of the windshield.

The wing mirrors have been placed forward of the doors to the tops of the wings, harkening back to the 1960s sports prototypes. The location was intended to improve vision while also reducing the influence of the wing mirrors on airflow to the door intakes. To provide an unbroken flow to the intakes, the form of the mirror’s cover and stem were refined using specific CFD simulations.

The Daytona SP3’s front end is dominated by two formidable wings with outer and inner crests, the latter of which plunge into two air vents on the bonnet, giving the wings a larger appearance.

The interplay between the outer crest’s perceived bulk and the inner crest’s aerodynamic purpose emphasizes how design and technology are closely intertwined in this automobile. A large center grille is enclosed by two pillars, and a series of stacked horizontal blades are framed by the bumper’s outside border.

The headlamp assemblies are distinguished by an upper moveable panel that harkens back to the early supercars’ pop-up headlights, a Ferrari heritage that gives the vehicle an aggressive, austere appearance.

Two bumperettes arise from the outside border of the headlights, evoking the aero flicks seen on the 330 P4 and other sports prototypes. They provide even more expressiveness to the front of the vehicle.

The rear design emphasizes the wing’s imposing aspect by repeating the twin-crest idea and adding an aerodynamic vent to increase its three-dimensional volume. A strong tail with a central backbone feature inspired by the 330 P4 is created by combining the tiny, tapering cockpit with the wings.

At the end of this backbone, the naturally aspirated V12, the new Ferrari Icona’s live beating heart, is unveiled in all its grandeur.

Even the cockpit of the Daytona SP3 is inspired by classic Ferraris like the 330 P3/4, 312 P, and 350 Can-Am. Starting with a high-performance chassis, the designers created a precisely polished interior that provides the comfort and luxury of a contemporary Grand Tourer while maintaining a minimalist stylistic language.

It maintains the principle underlying some stylistic standards, such as the dash, which is both basic and utilitarian while yet seeming completely current.

Modern seats incorporated into the body have replaced the traditional upholstered cushions that were directly linked to the chassis on sports prototypes, producing a smooth textural continuity with the surrounding trim.

The interior architecture was favorably affected by many outside components, particularly the windshield. The cut of the windshield header rail produces a vertical plane that splits the cockpit in two when seen from the side, separating the functional part of the dashboard that houses the instruments from the seats.

This building masterfully accomplishes the challenging task of being both incredibly athletic and extremely graceful.

The inside of the Daytona SP3 is designed to provide a comfortable driving experience for both the driver and the passenger by using stylistic elements seen in race vehicles. The major goal was to visually open up the interior by providing a distinct separation between the dash and the two seats.

In reality, the latter is part of a continuous textural continuity, with trim that extends all the way to the doors, replicating the sleek utility seen in sports prototypes. When the doors are open, the same extension of the trim may be observed on the sill region.

The same principle applies to the dashboard: the Daytona SP3’s construction allows the trim to stretch all the way to the quarter lights, embracing the whole space connecting to the windshield. The tight, narrow dashboard seems to float within the upholstery.

Its style motif is developed on two levels: a distinct textural and functional separating line separates the top trimmed shell, which has a clean, sculptural aspect, from the bottom one. All of the touch controls on the Human-Machine Interface (HMI) are grouped below this line.

The seats are built into the chassis, giving them the ergonomic wraparound design seen in high-performance automobiles, as well as the type of exquisite workmanship that distinguishes them. Because the seats are immovable, the textural link between them and the expansion of the theme to neighboring trimmed areas, as well as some volumetric effects, were conceivable.

The driver’s adjustments are handled by an adjustable pedal box. The distinct separation of the technical and passenger areas of the cockpit enabled the seat capacity to be extended all the way to the floor. Even the headrests are inspired by their competition equivalents, although unlike the latter, which are merged into single-piece seats, the Daytona SP3’s headrests are separate.

Because of the fixed seat and adjustable pedal box construction, they could be tethered to the rear trim, making the cockpit seem lighter.

NIO and ZF agree on partnership for steer-by-wire technology

Audi and Sauber agree on Formula 1 partnership from 2026

2022 Mercedes-AMG ONE: a thrilling new record at Nürburgring 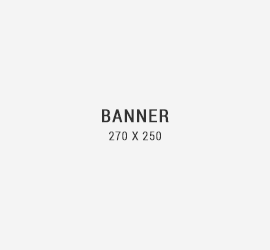